New NW Scheme in Oxfordshire Celebrates With a Royal Party

A newly-formed Neighbourhood Watch scheme in Oxfordshire has just celebrated the Queen’s 90th birthday with a special party.

All residents of the Greenway in Didcot – a new build development of 154 homes – were invited to the party on June 12 by NW coordinator Petrina Benbelaid.

“I was one of the first to move in, back in March 2015,” she said. “As the estate became more populated I felt it was important to get to know as many people as possible, as not knowing each other is very isolating and strangers can go unnoticed. So I started a Facebook group for Greenway residents only, which is hugely successful at 100 members to date.”

Petrina (pictured second row, second left) then started the estate’s NW scheme. “The community is strengthening, we are helping each other, and looking out for each other. Our NW scheme is growing, with 3 more couples signing up at the birthday party, to make it 31 members – thanks to Carol Rudd at Abingdon Police Station for her support. I am so pleased to belong to such a wonderful community, they are all contributing to make it a success.”

The estate’s developer, Bloor Homes, donated cakes, race winner medals and prizes for the ‘Queen Quiz’ as well as a bouncy castle. 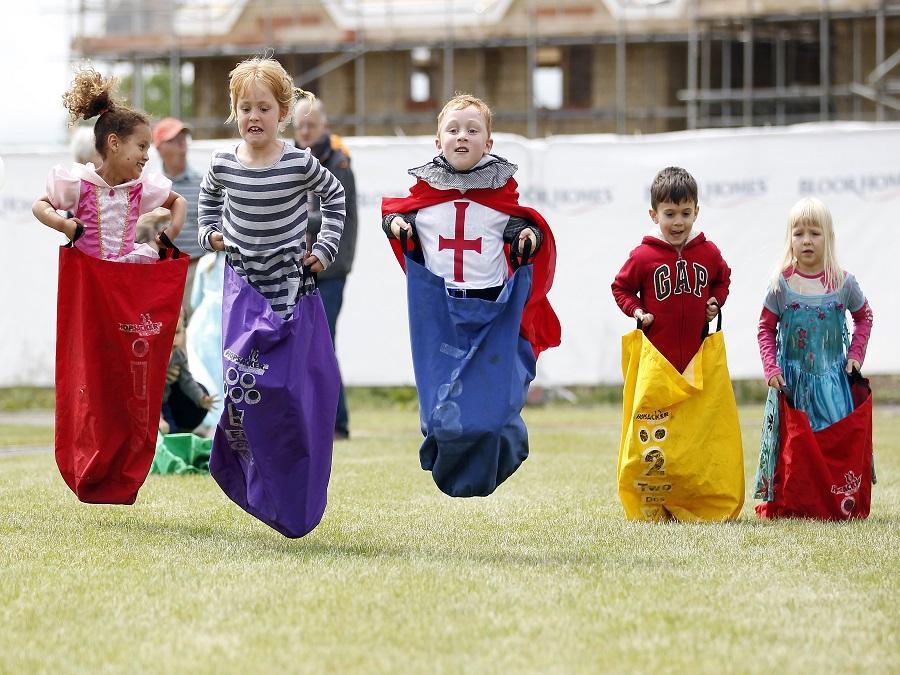